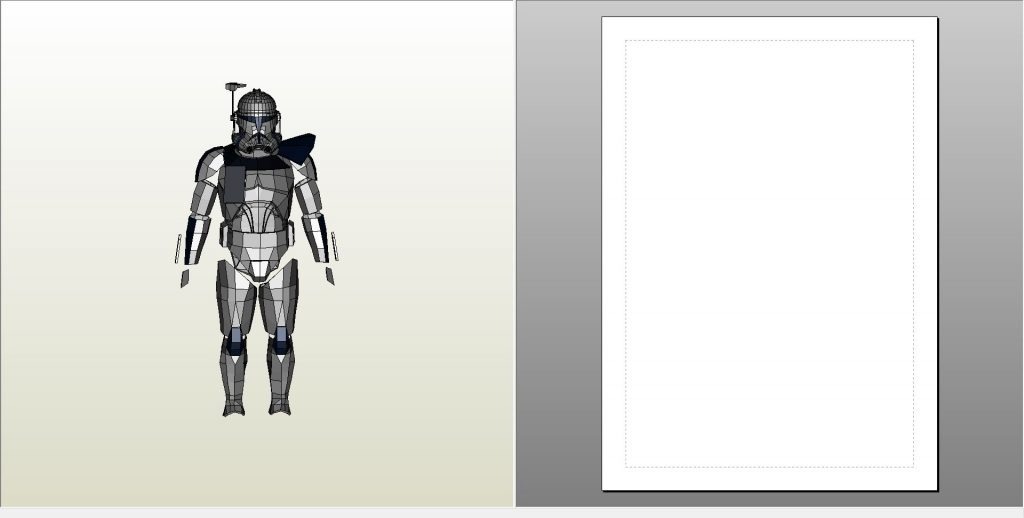 CT-7567, nicknamed “Rex,” was a veteran clone trooper captain who oversaw Torrent Company of the Grand Army of the Republic’s famed 501st Legion during the Clone Wars. Rex participated in many battles over the course of the war, and was fond of his dual DC-17 blaster pistols, which he used extensively in battle. As the captain of the 501st, Rex served as second-in-command to Jedi GeneralAnakin Skywalker, whose bravery and unorthodoxy in battle he came to share. He was close friends with Marshal Commander Cody, with their relationship mirroring that of their respective Jedi Generals, Skywalker and Obi-Wan Kenobi. The four of them often received joint assignments to coordinate front-line campaigns against the Confederacy of Independent Systems.

At the Battle of Christophsis, Rex became a mentor to Skywalker’s newly assigned Padawan, Ahsoka Tano, with whom he forged a strong bond. While on a listening post inspection tour with Cody, Rex rallied a small team of rookie soldiers to retakeRishi Station, which they thereafter destroyed to thwart Confederate General Grievous’s planned invasion of Kamino. He took part in countless campaigns in the galactic theater of war, from the containment of the Blue Shadow Virus on Naboo and the liberation of Ryloth to other hard-won victories like the Battle of Malastare, the Second Battle of Geonosis, and the Battle of Kamino.

Throughout his career, Rex proved to be an effective leader who truly cared for the men under his command, even as he began to doubt his own future—and those of his clone brethren—in the Republic. The Battle of Saleucami saw him meet the clone deserter Cut Lawquane, whom he came to respect despite their striking differences. His leadership was put to the ultimate test at the Battle of Umbara, when he was forced to unite the 501st Legion under an interim Jedi General, the obstinate and aggressive Pong Krell. Rex did not see eye-to-eye with Krell and found himself having to balance his troops’ well-being with Krell’s high-casualty plans. When Krell manipulated the 501st into a fatal confrontation with their comrades from the 212th Attack Battalion, Rex realized their general was a traitor to the Republic, and he risked charges of treason to lead his men in arresting Krell. The ordeal refined his hard-line obedience to orders, as he also learned the value of making his own decisions as a soldier.

(File is unfolded, picture only for full armor reference.)