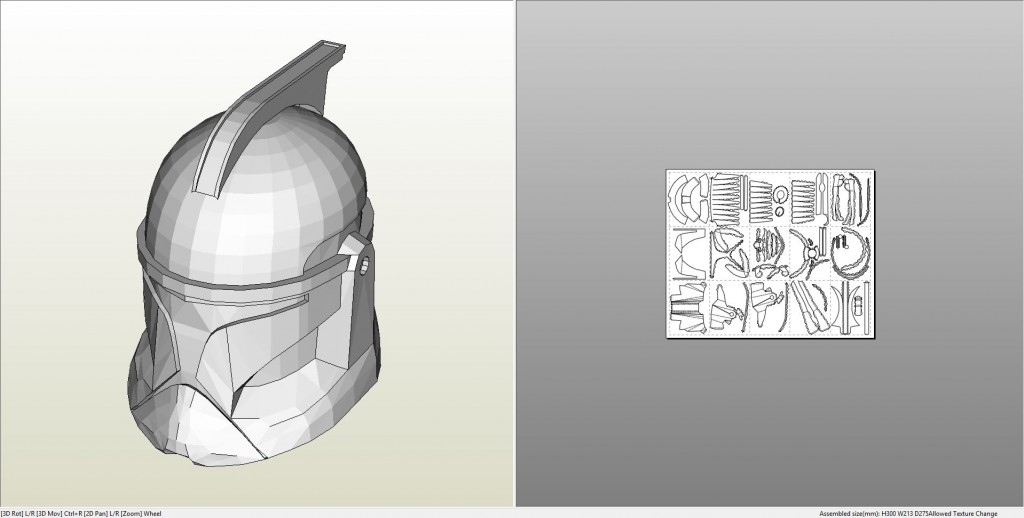 Created by Kaminoan armorsmiths for the clone troopers of the Galactic Republic, the Clone Trooper Phase I armor consisted of twenty form-fitting plates of lightweight plastoid-alloy composite. Those plates were sealed to a black temperature control bodysuit via magnatomic gription panels. The bodysuit was also pressurized, offering temporary protection against the vacuum of space.

Its design was reminiscent of the Mandalorian armor, including the helmet with a distinctive T-shaped visor. Despite its advantages, the Phase I armor proved uncomfortable for the troopers to fit in, which was due to the Kaminoans’ unfamiliarity with human ergonomics.

The armorsmiths of Kamino designed Phase I armor after the Mandalorian armor worn by the clone soldiers’ template, the bounty hunter Jango Fett. It was introduced at the same time as the first batch of clone troopers, which were deployed at the Battle of Geonosis. Sometime prior to the Battle of Mon Cala, it was replaced by Phase II clone trooper armor, which was more comfortable and capable of supporting more specialized equipment.

The armor was heavy, uncomfortable, and not very well liked by clone troopers. Hence it being often referred to by non-clone GAR personnel as a “body bucket”. Its inconvenience was due to the Kaminoans’ lack of knowledge of Human anatomy. It did, however, have coolant systems to prevent overheating, and also included enhanced breathing filters inside the T-visor. The armor could take some modular attachments, like a bacta pack for a medic or small flamethrower for Advanced Recon Commandos. The armor suit also resisted vacuum environments, allowing the trooper to continue to fight outside of spacecraft for a short time (though recovery was needed).