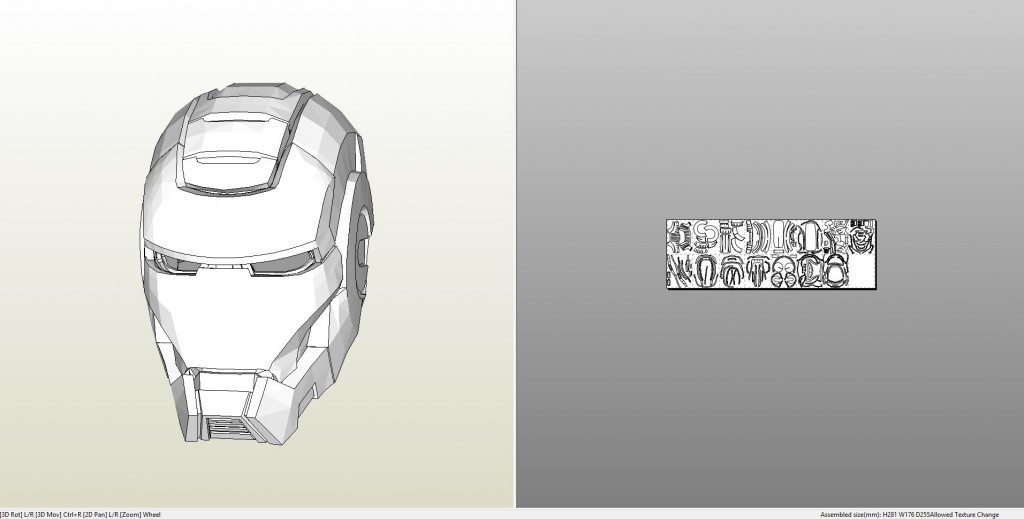 “Is this a private war — or can anyone join? ” – Full Armor. For space reasons the parts are in a zip file.

War Machine (James Rupert “Rhodey” Rhodes) is a fictional superhero appearing in comic books set in the Marvel Comics universe. The character of James Rhodes first appeared in Iron Man #118 (January 1979) by David Michelinie, John Byrne, and Bob Layton. The War Machine armor, which became his signature armored battlesuit, was designed by Len Kaminski and Kevin Hopgood. In 2012, War Machine was ranked 31st in IGN’s list of “The Top 50 Avengers”. The character has been featured in the Iron Man animated series, the Iron Man: Armored Adventures series, and the animated film The Invincible Iron Man. He has been portrayed by Terrence Howard in the 2008 Iron Man film and by Don Cheadle in Iron Man 2, Iron Man 3, Avengers: Age of Ultron and Captain America: Civil War.

Initially a supporting character in volume one of Iron Man, Rhodes later assumed the mantle of Iron Man after Tony Stark’s relapse into alcoholism in issue #170 (May 1983). The character would continue in a supporting role and later resume the role of Iron Man following Stark’s purported death in issue #284 (Sept. 1992). After Stark’s return to the role of Iron Man, Rhodes continued as the superhero War Machine and made his solo series debut in an eponymous title after being featured as a supporting character in the superhero-team series Avengers West Coast. In addition to Iron Man and his own title War Machine, Rhodes has been featured in the ensemble titles West Coast Avengers; Force Works by Dan Abnett and Andy Lanning; Sentinel Squad O*N*E; The Crew by Christopher Priest; and Avengers: The Initiative by Dan Slott and Christos Gage. Rhodes was also featured in the alternate-reality Marvel MAX imprint’s U.S. War Machine series by Chuck Austen, and U.S. War Machine 2.0, by Austen and Christian Moore.