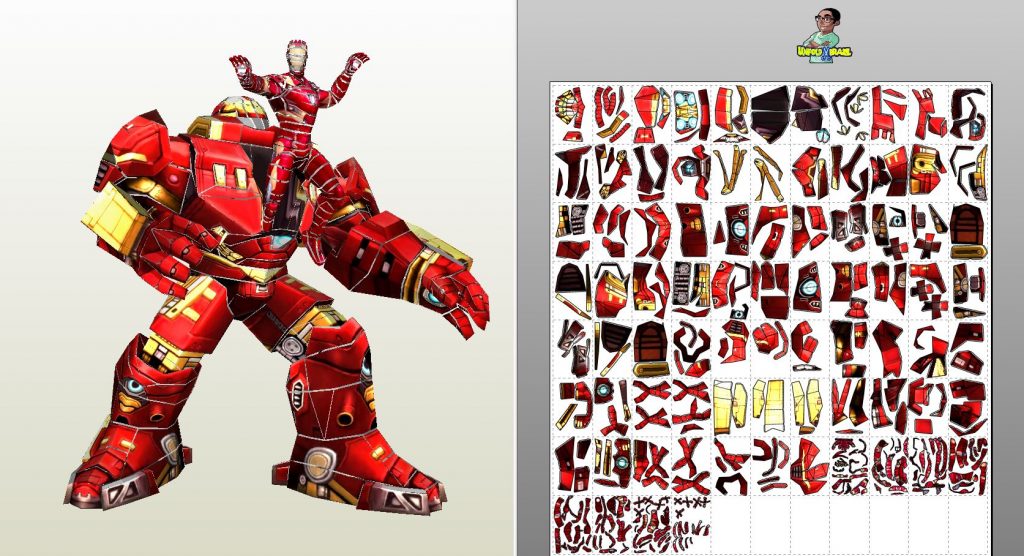 The Mark 44 (XLIV), also known as the “Hulkbuster”, is an Extra Heavy-Duty Modular Armor created by Tony Stark and Bruce Banner as a security safeguard in the event of an uncontrollable Hulk rampage. The armor works by attaching itself around the base armor of the Mark 43.

The armor was featured in Avengers: Age of Ultron, wherein it was used through Veronica’s activation to subdue a rampaging Hulk in South Africa.

Its design was completely based on the Hulkbuster Armor from the comics, confirming that this is the same armor with the same name as the one from the comics. The Mark 44 is extremely large in size. The armor has a dark red tone as its overall plating color, along with golden plates in various areas of its structure. It is covered with layered pieces of metal and has multiple Arc Reactors around its body.

The Mark 44 is twenty four feet high, which makes it the tallest armor to date. Its height is 12 feet taller than the Hulk. Aside from its height, it is also the heaviest armor existing in the MCU. The Hulkbuster is a Modular Armor wherein armor pieces are attached to a base armor making it bigger.