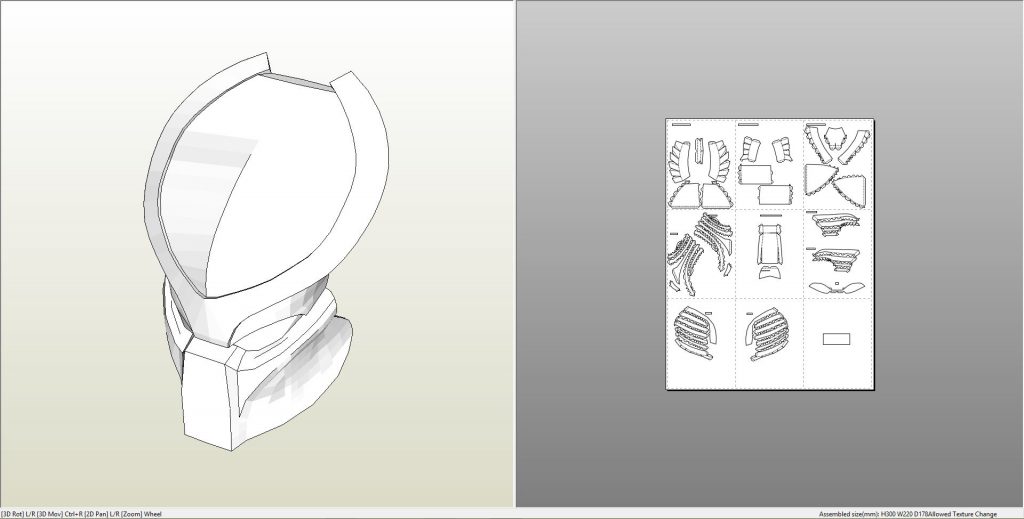 If it bleeds, we can kill it. Hunter N1 is coming in your house, if you put the necessary work in it.

The Yautja, known colloquially as the Predators, are an extraterrestrial species characterized by their hunting of other dangerous species for sport and honor, including humans. The Yautja are a sentient, humanoid race that breathe an atmosphere similar to that of Earth’s, but possess a level of technological advancement far in excess of anything available to humans. The Predators stalk and kill their prey using a combination of highly advanced technology, such as active camouflage and energy weapons, combined with traditional ancient weapons, such as blades, spears and nets. The Predators often ritualistically mutilate their victims and usually claim a trophy from their kills. Capable of interstellar travel in star ships, the Predators have hunted on Earth for centuries and have also had prior contact with the Engineers. They have been known to deliberately breed Xenomorphs in order to hunt them, often as part of initiation rituals for young Predators.

The Predator was designed in 1987 by Stan Winston after the first alien creature constructed for the film Predator proved unsatisfactory. Winston repeatedly credited director and friend James Cameron for coming up with the Predator’s distinctive mandibles, which Cameron suggested them to him during a flight they were taking together.[5] Although the specifics of the creature’s appearance have evolved over time, the basic design has changed little since its original inception.